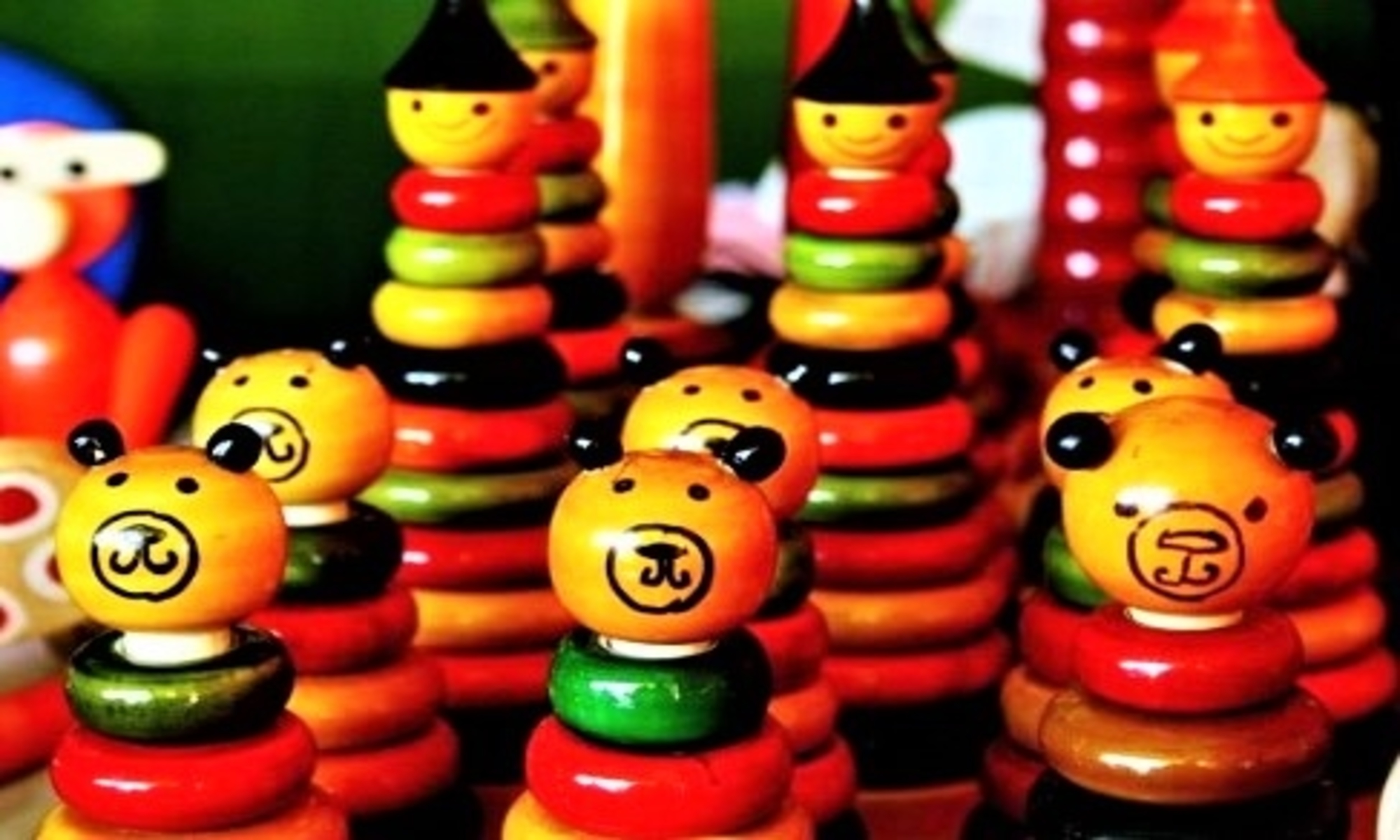 Channapatna, a small town on the outskirts of Bengaluru, is world-famous for its traditional hand-made wooden toys. The history of Channapatna Toys dates back to late 18th century when Tipu Sultan was ruling the kingdom of Mysore. Since then, the bright, colourful and vibrant toys of Channapatna have been attracting people irrespective of their ages. However, over the last 10 years or so, there is substantial dip in the demand of these toys in both domestic and export markets, especially due to strong competition from cheaper Chinese alternatives. Government has taken certain steps to revive this 200-year-old toy-craft industry, but whether that’s enough...

Truly speaking, I had never heard of Channapatna before our trip to Mysore last year. We entered our room at Hotel Grand Mercure Mysuru around 2 pm. After getting fresh, we just sat on the couches to fix our sightseeing plan, when I noticed some small and colourful toys on a shelf. Those were kept for sale with price tags attached. I asked the waiter who came to deliver our room-service. He replied “Sir, these are famous toys made in a nearby small village called Channapatna”. By the time I finished extracting some more information from the waiter, my wife googled “Channapatna”, added the place to our sightseeing list and included Channapatna Toys in our shopping list. Knowing that it comes in between Mysore and Bangalore, we kept it for the last day while returning to Bangalore Airport.

Read the full travelogue on Mysore

Channapatna is a village in Ramnagar district of Karnataka roughly 60 kms from Bengaluru. It is famous all over the world for traditional hand-made wooden toys and called Gombegala Ooru or Toy-town of Karnataka. Government of Karnataka has given Channapatna Toys the status of Geographical Identification (GI) under World Trade Organization. 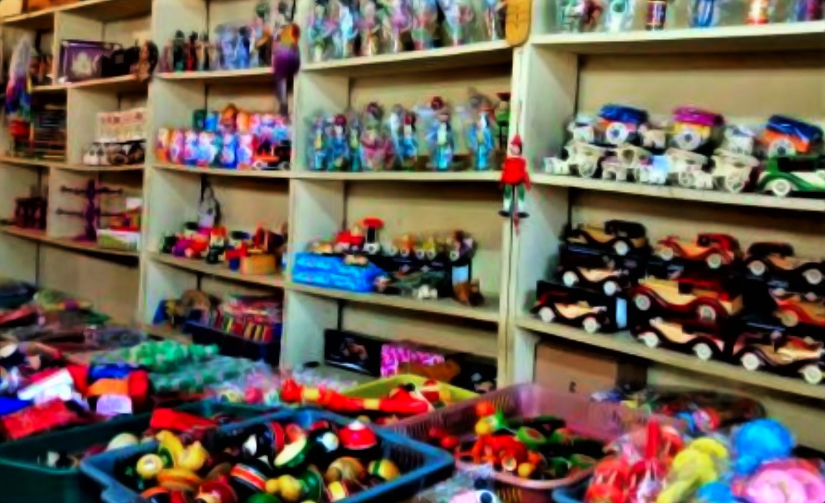 Traditionally, these toys were made of ivory wood, with occasional use of rosewood or sandalwood. Later, the craftsman started using other woods like teak, pine and cedar. Bright, vibrantly coloured and smoothly polished Channapatna Toys attract even the elder people. The toys form remarkable showpieces for your own collection as well as excellent gift items. Further, the toys are eco-friendly and coloured with non-toxic vegetable colour dyes – thus non-hazardous and safe for children. Most common toy items include dolls, trains, bikes, cars, tops and various animals like elephant, horse and tortoise. Items like wall hangers, candle stands, keychains etc. are also available. The best thing is that when you visit Channapatna you can go to a workshop and watch the artisans working with various chisels in front of lathe machine. It reminded me of my engineering college when we used to struggle an entire period in front of the lathe machine to shape any wood work. 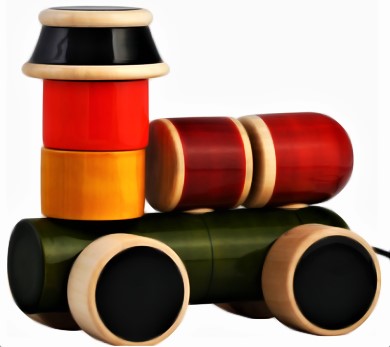 The main raw material ivory wood comes from locally available Wrightia tinctoria tree commonly known as Aale mara. The wood is then seasoned for 2-3 months. Small pieces of seasoned woods then go through lacquer process with the help of lathe machine and different types of chisels giving various shapes like spherical, cubical or oval as per requirement. Once the desired shape is achieved it is further smoothened with sand paper. Lacquer is applied uniformly over the product to give shinny appearance. Finally, the toys are coloured with vegetable colour dyes. 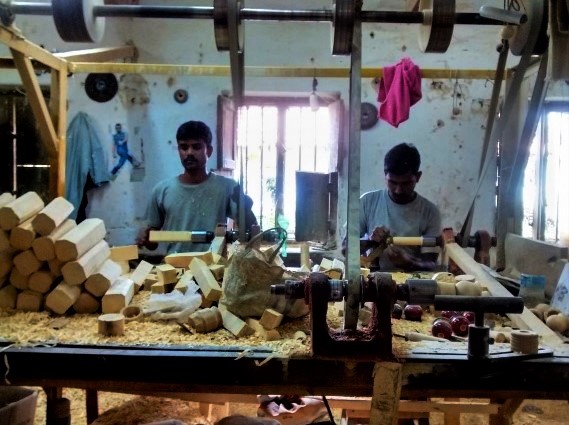 As you realize, the craft is not practiced in large-scale industries and factories, but within the confines of small homes of the village. With customers slowly moving towards cheaper and low-quality Chinese alternatives, Channapatna Toys are facing drastic dip in demand over the last ten years or so. This is true for both domestic and international markets. Decline in demand over the years has caused many artisans leave the trade. The young generations of the toy making families are slowly moving to Bangalore for better paying jobs. In their words “We can’t rely on this toy-craft anymore to take care of our families”. 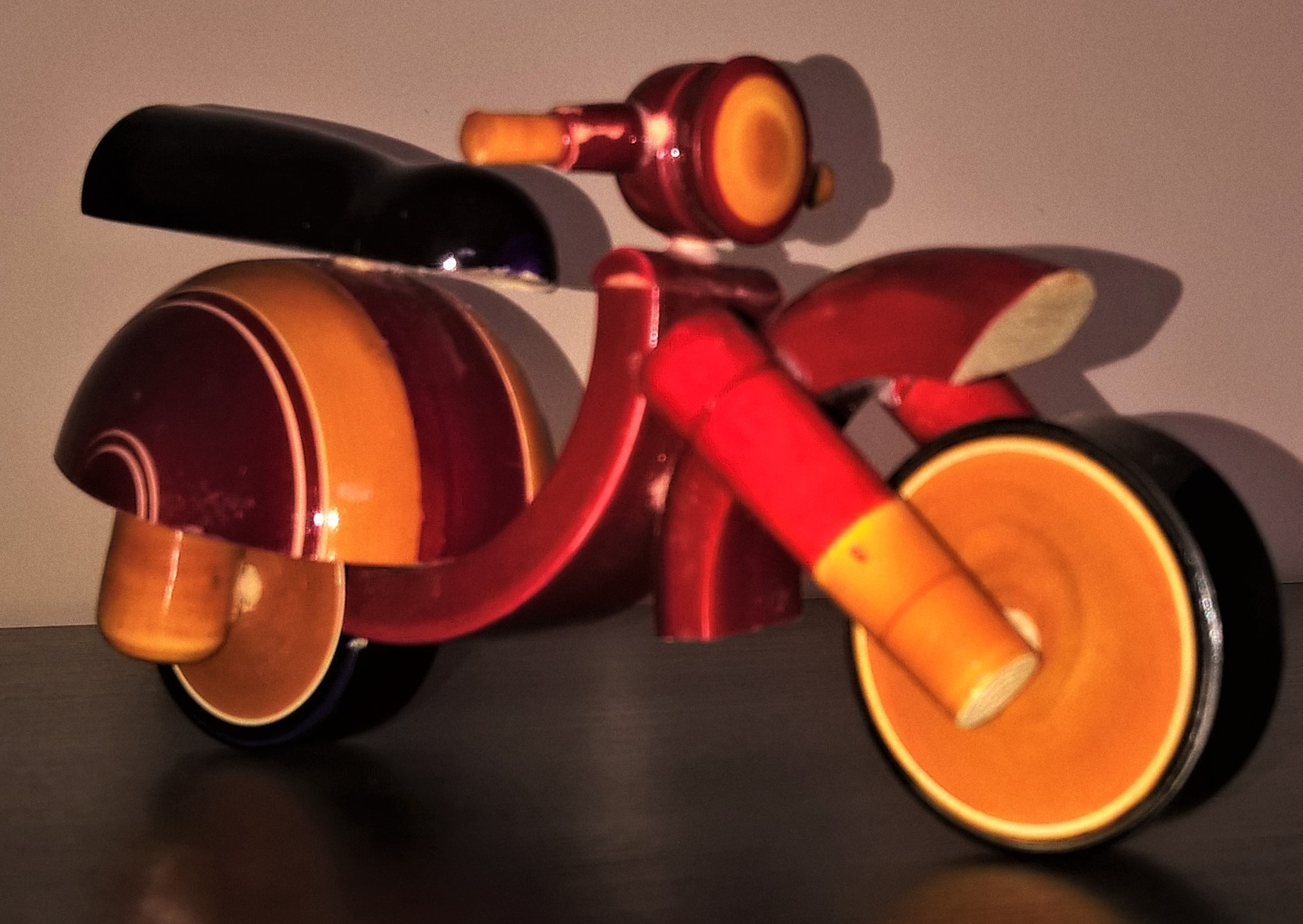 Besides providing GI status under WTO, the government has started a toy factory in the year 2000 with mechanized machines that may, to some extent, produce the toys in a larger scale and bring down the cost. A number of skilled workers work there. The factory is open for the customers who want to pay a visit. Karnataka Handicraft Development Corporation (KHDC), a government body, arranges training for the artisans at Artisan Training Institute. The Karnataka Handicraft Board arranges awareness programs among the artisans. 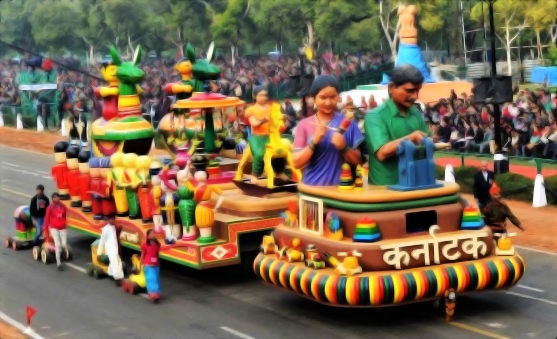 Another encouraging thing is that these products now have online presence with a number of portals including Flipkart and Amazon selling Channapatna Toys. However, be careful of the Chinese alternatives when placing order.