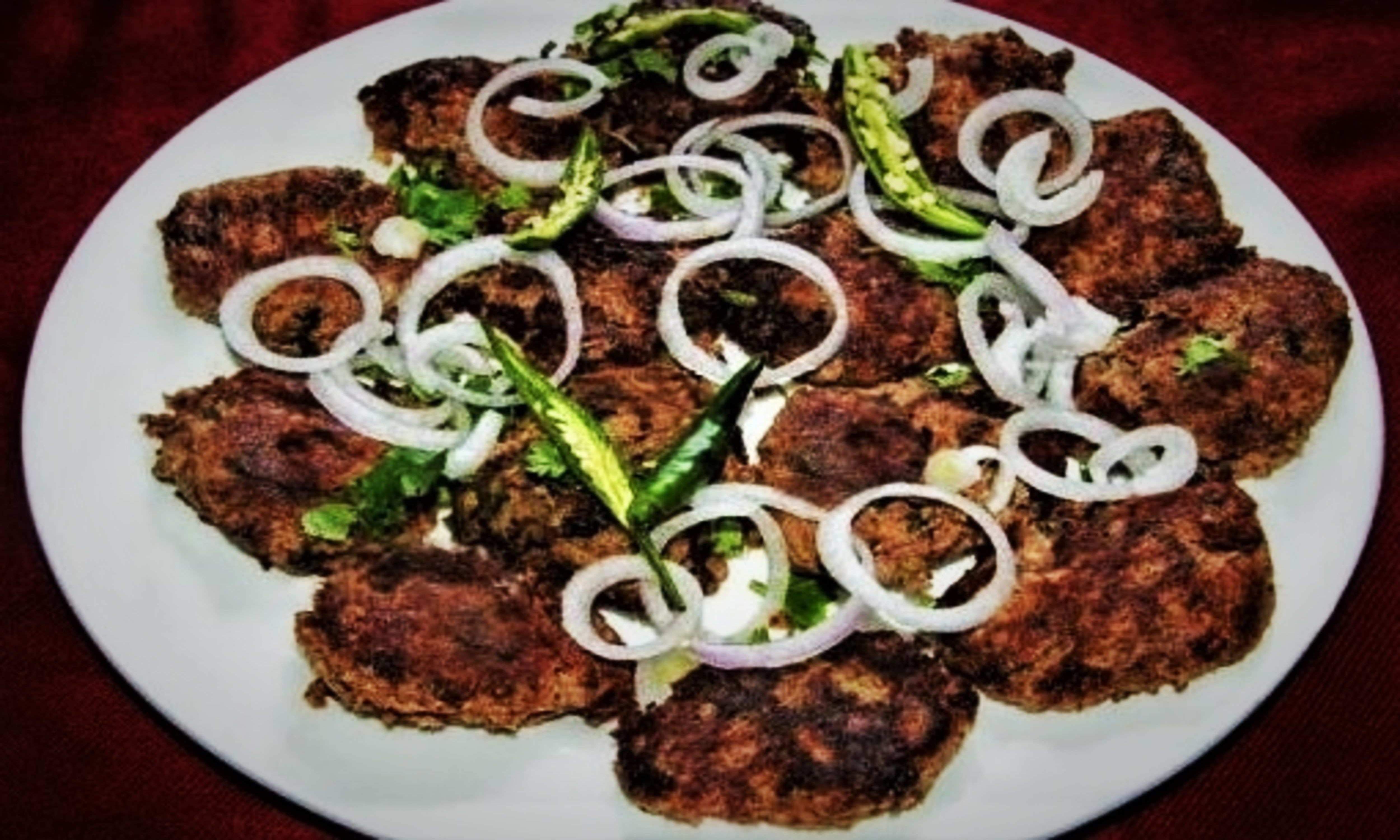 Lucknow has got some of the best & delicious dishes of the world, especially if you’re a non-vegetarian, Lucknawi (Awadhi) cuisine offers you a range of Nawabi foods in a charming Nawabi atmosphere. Out of all the dishes, Galouti Kabab – the melt-in-mouth delicacy is probably the best, whose origin dates back to the era of Nawab Wajid Ali Shah. The words ‘Galouti Kabab’ and ‘Lucknow’ have become almost synonymous. Leaving Lucknow without experiencing the taste of this famous delicacy is probably a sin for any non-vegetarian.

Lucknow, the capital of Uttar Pradesh, is famous for classic monuments of Islamic & British periods, charming bazaars, crowded streets and delicious cuisines. The city rose to its prominence in the mid-18th century when it became the capital of province of Awadh (Oudh) in colonial India. The Nawabs were great patrons of literature, dance & music, culinary and other arts. Quite obviously, Lucknow became the ‘City of Nawabs’ and earned huge reputation across the world for its culture, gracious living and rich cuisine.

Under direct patronage of the Lucknow Nawabs, the royal chefs were trained to render an exquisite culinary spread that included some of the richest & most exotic preparations in the country. The cooking techniques of char-grilling & dum-pukht (slow cooking over a low flame) and the balanced blend of aromatic & fiery spices gave the Lucknawi food a distinct flavour. Today, the meticulous way of preparing & presenting a traditional Lucknawi dish is a skill that has been passed down by generations over the years. If you take a walk through the narrow & crowded streets of old Lucknow, you will see several restaurants, most of which look shabby but sell mouth-watering dishes. A few of these restaurants even date back to the Nawabi era. 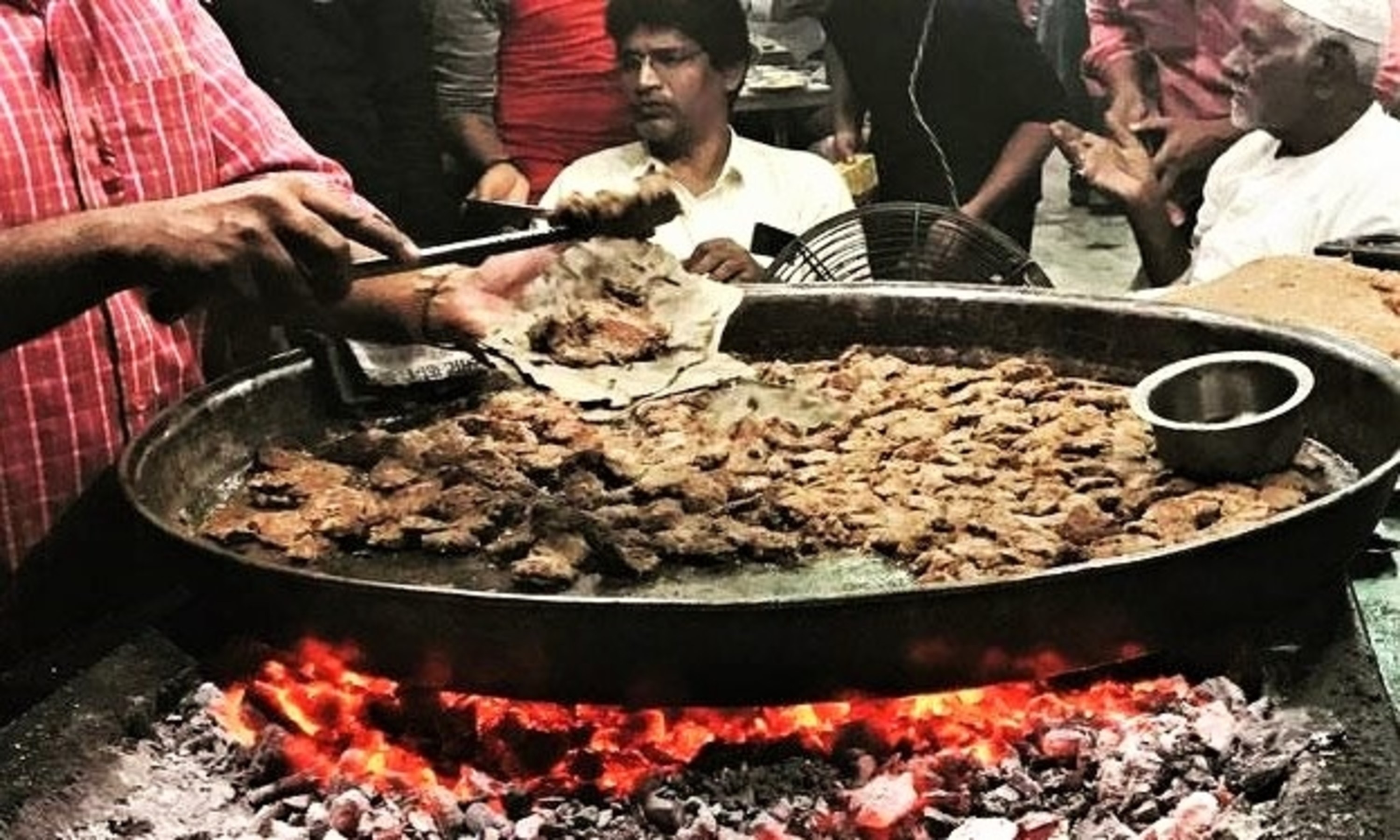 Almost all the food joints in Lucknow sell different varieties of kababs including the Galouti Kabab, which is uniquely spiced, boneless & extra soft. The kabab tends to dissolve in the mouth instantly and is best complimented with Roomali Rotis. It is prepared by marinating finely ground meat and mixing unripe papaya with it. Various spices are then added to the mix. After that it is fried in ghee/oil. The original recipe, however, is said to have a mix of 100+ spices! The kababs are made in a batch of 25-30 and are cooked in dum-pukht style. The characteristic smoky aftertaste of the kababs is a result of intense dum cooking.

While tasting the delicious kababs, do thank Nawab Wajid Ali Shah and his bad teeth. Here is the story: It is said that the ageing Nawab Wajid Ali Shah once broke a set of his teeth because of the bones within meat. Even after that, the food lover Nawab could not resist his appetite for meat. So, the royal kitchen of Lucknow came up with this innovative recipe of boneless and extra soft kababs. Hence the name ‘Galouti Kabab’, the word ‘Galouti’ meaning ‘that melts in mouth’. 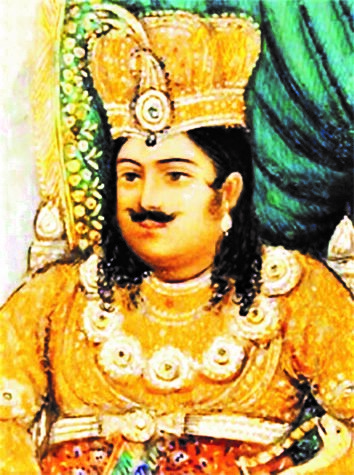 The best place to taste the delicacy is probably Tunday Kababi, the 150+ year old restaurant located inside a narrow and overcrowded lane. The not-so-great looking restaurant is very famous in India and across the world (especially in the Gulf) for its mouth-watering kabab dishes. There are, however, two outlets. The Chowk outlet serves only beef kababs while the Aminabad outlet serves both mutton & beef kababs at a very cheap price. You can taste Galouti kabab either sitting upstairs there or get it packed to have it back in your hotel. 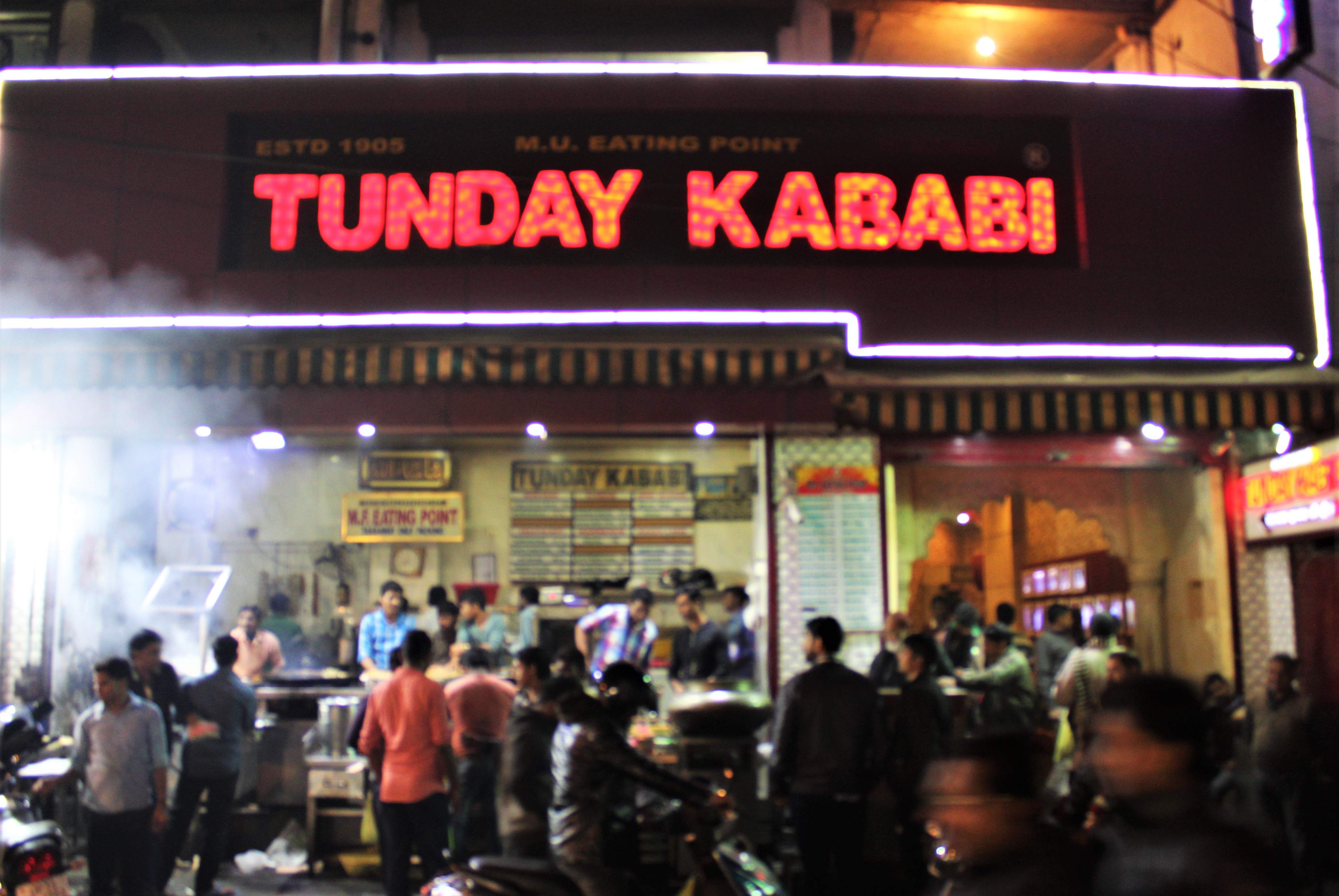 The Tunday Kababi shop was founded by Haji Murad Ali, probably, around the mid-19th century (although the Aminabad outlet shows 1905). Haji Murad Ali had only one working arm. A common legend says that Haji Ali was working on perfecting the mixture of Shahi Galouti, when he fell off the roof and broke his one arm. This, however, didn’t stop him from pursuing his passion for cooking. It is said that the kababs made here continue to follow a closely guarded secret family recipe. Supposedly the women of the family make a special masala for the kababs that use a whopping 160 different spices.